Personal, charming and above all authentic: That's how you can get to know Vienna with Vienna with locals! On the platform www.viennawithlocals.at, guests of PhilsPlace can choose from more than 50 options for discovering Vienna. From the classical Vienna tour to wine tasting, the possibilities are endless.

From the MuseumsQuartier to the Prater: on this tour, you can become equally familiar with historical and modern Vienna; stroll in the footsteps of Empress Sisi, followed by those of star architect Zaha Hadid. The employees at PhilsPlace have already tested out the tour and were thoroughly impressed. 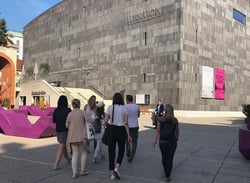 The tour starts in the MuseumsQuartier, a time-honored complex of buildings that has since become a cultural hotspot. Away from the large museums, the tour takes you to an insider’s tip: the former riding hall of Empress Sisi, where today you will find the library of architecture. 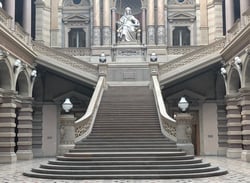 After a brief security check, you are allowed to enter the beautiful hall of the Palace of Justice with its statue of Justitia. Next, the lift takes you to the top floor and to the Palace’s very own cafeteria with rooftop terrace. Here, Vienna lies at your feet with a glorious view of Parliament, City Hall, the Volksgarten and Hofburg Palace. If there was ever a time to whip out your smartphone and snap a picture, it’s now!

A short walk takes visitors to Hofburg Palace. The secret passageway in the oldest wing of the house – the Swiss Wing – leads you to Burggarten park with the Palm House; the Orangery of Hofburg Palace. Back at Josefsplatz, the tour continues in the direction of St. Augustine’s church – the wedding church of Empress Sisi and Emperor Franz Josef with the “Herzgruft” (Hearts Crypt).

The tour stops by the house of the “Blood Countess”. You don’t want to spend too much time here. After all, the landlady was a well-to-do Hungarian countess who supposedly murdered numerous virgins here. 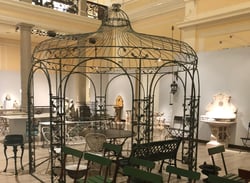 During the imperial period, this was a pawnshop; back then it was located in the Dorotheer Monastery. Today, the Dorotheum on Dorotheergasse is the largest auction house in Europe. 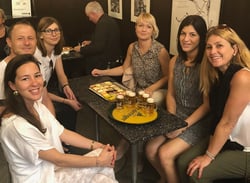 A quick break and some culinary refreshment awaits you at Trzesniewski. Here, you can recharge as you enjoy the best – albeit unpronounceable – open-faced sandwiches in Vienna, traditionally served with a “Pfiff” (0.175 L) of beer.

7th stop: Alleyways and squares in the city center

With content bellies, the tour continues along Ballgasse to Franziskanerplatz and the “Kleines Café” of Austrian actor Hanno Pöschl. The legendary Viennese coffeehouse has since become internationally famous – thanks to its cameo appearance in the film Before Sunrise. The journey continues past the Mozarthaus, through Vienna’s inner courtyards with their courtyard galleries, across the Heiligenkreuzerhof with its Baroque church, all the way to the Greek district and Schwedenplatz. 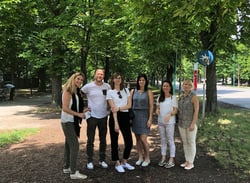 8th stop: Take the tram to the Prater

One of Vienna’s historical modes of transport is the tram. On board the legendary number 1, you travel past the Hundertwasserhaus to the Prater – the green heart of Vienna. An extensive recreational area for Viennese and visitors alike. 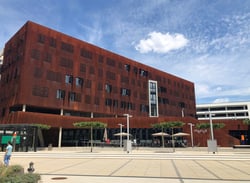 After a short walk, the tour ends at the new WU Campus. A location that will impress not only architecture fans. A visit is paid to the exemplary building by star architect Zaha Hadid. Wow effect included!

Those who like can wind down after the tour in the Vienna Wurstelprater. With a beer and pork knuckles in the Schweizerhaus, a ride on the Giant Ferris Wheel or one of the many other attractions. 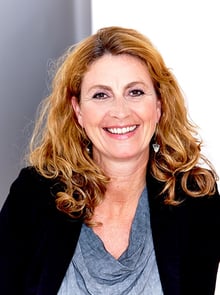 Unusual Vienna tours with a personal guide can be experienced with Vienna with locals.