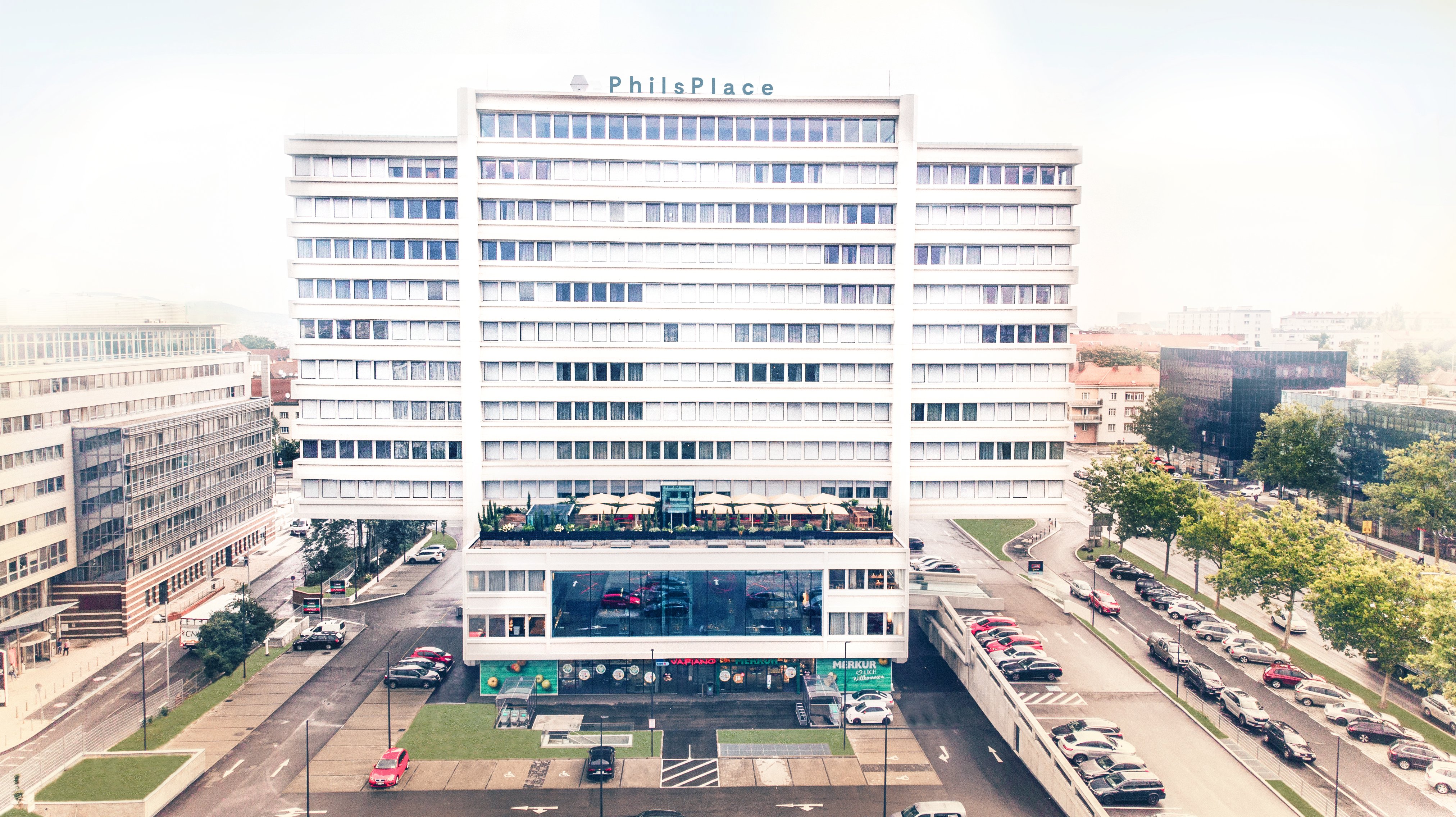 PhilsPlace is a proud manifestation of star architect Karl Schwanzer’s uncompromising style. He was a down-to-earth visionary whose aspirations consisted of equal parts extravagance and functionality. He would have turned 100 this year.

The Philips House at the Wienerberg, which is home to PhilsPlace, is known as a secret emblem of the city and is a true architectural icon. With its broad, characteristic longitudinal façades, it appears to be welcoming our guests to Vienna with open arms. The architectural concept of the Philips House displays a skilful interaction with the static, making it a prime example of the freethinker’s unconventional style.

Just like us and our guests, Karl Schwanzer was also an enthusiastic globetrotter. His son Martin reminisces: “Throughout his life, travelling was extremely important to him, and he always came back with completely new ideas.” Alongside our Philips House, the Vienna University of Applied Arts and the BMW Headquarters in Munich, Schwanzer also completed around 600 other projects, many of them far ahead of his time, during the 27 years in which he managed his architectural firm. But he has also left another legacy, and probably a more important one at that: his influence as a professor of architecture at the Technical University of Vienna. He transformed his institute into a haven of free-spirited creativity in the post-war period, one that was otherwise characterised by its conservatism. Schwanzer introduced a whole generation of students to the world of international architecture, and taught them non-conformity and pragmatism at the same time. Thus his vision lives on today in the ideas of his former students. And here at PhilsPlace, we are proud to honour the Philips House as one of his concrete heirlooms.